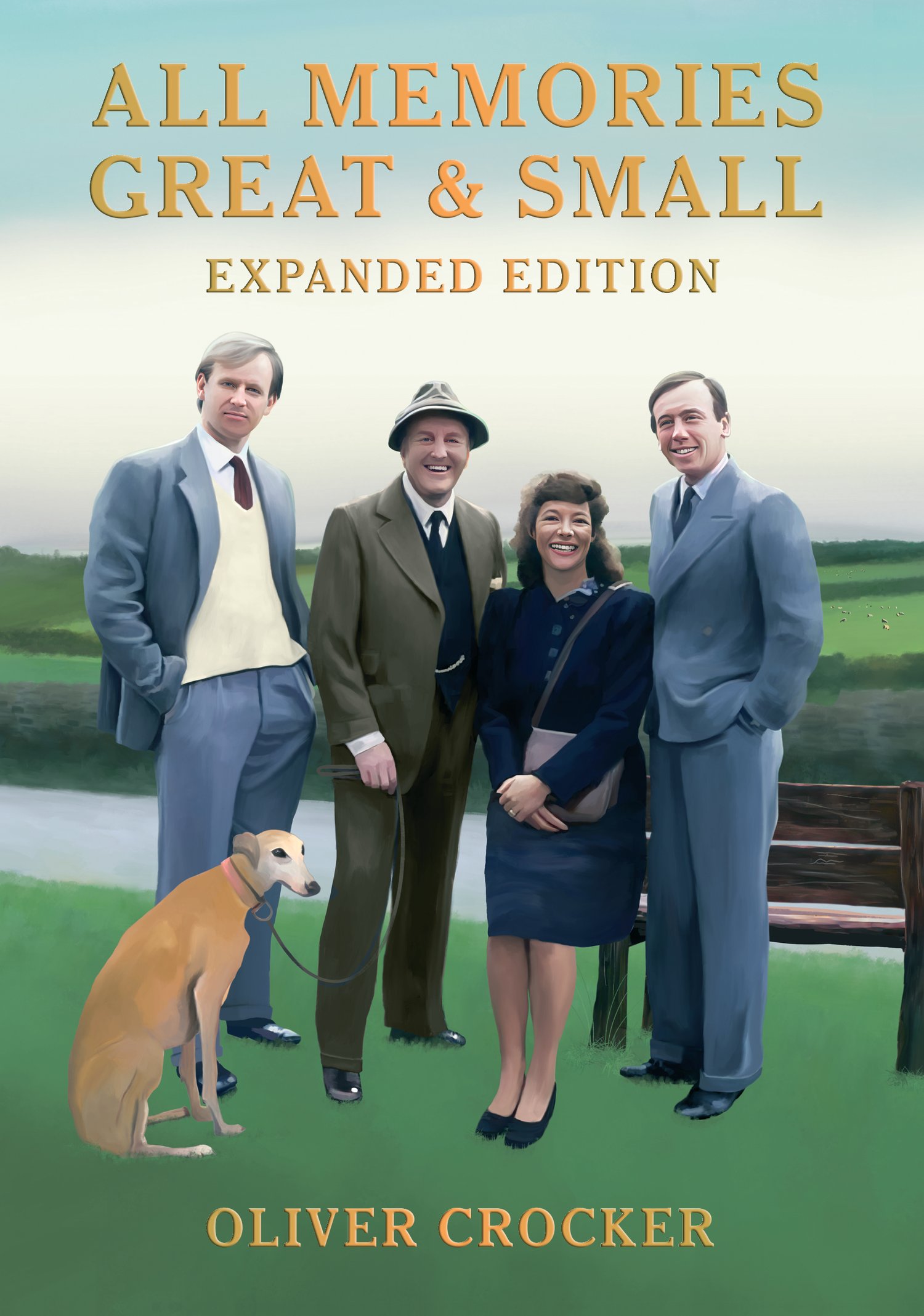 Originally published for James Herriot’s centenary, ALL MEMORIES GREAT & SMALL celebrates the making of the classic BBC series, told through the eyes of its makers. Every episode is accompanied by exclusive memories from 75 cast and crew, including fifteen new interviews conducted especially for this edition.

Beloved stars Christopher Timothy, Peter Davison, Carol Drinkwater and the late great Robert Hardy take you on a heartwarming trip down memory lane. Joining them are dozens of guest actors and members of the production team, sharing fascinating insight into how this iconic series was made, with plenty of hilarious anecdotes along the way.

Packed with insight into all 90 episodes, this edition also features an updated foreword by Rosie Page, daughter of Alf Wight, who describes the book as “A must for all Herriot fans, which will also be enjoyed by anyone with any interest in television production.”

Every copy will be signed by author Oliver Crocker. International shipping is available (standard shipping, no tracking) and you will be notified when your book has been posted. Cover illustration and design by Robert Hammond.