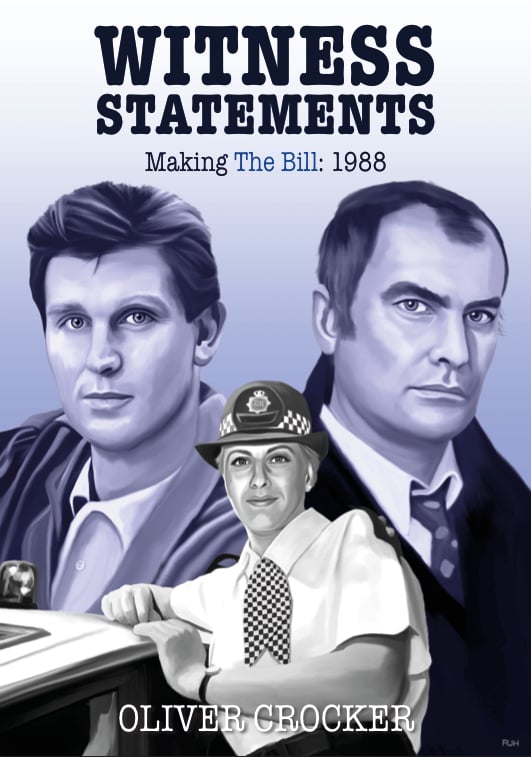 COMING NOVEMBER 2022! An in-depth celebration of all 48 half-hour episodes of “The Bill” broadcast in 1988.

Featuring interviews with 60 cast and crew, this unofficial guidebook also features rare shooting dates and viewing figures for selected episodes, previously unseen behind the scenes photographs and filming locations for all 48 episodes!

A full list of contributors will be revealed over the coming weeks, along with the full book cover, which has again been beautifully illustrated by Robert Hammond.

The earlybird advanced offer is limited to 300 copies, so pre-order now to be the first to get the book on its release in November 2022. Every copy will be signed by author Oliver Crocker.

SIGNED COPIES: if you would like a specific personalised message, please write what you would like in the Notes section of the cart when placing your order.